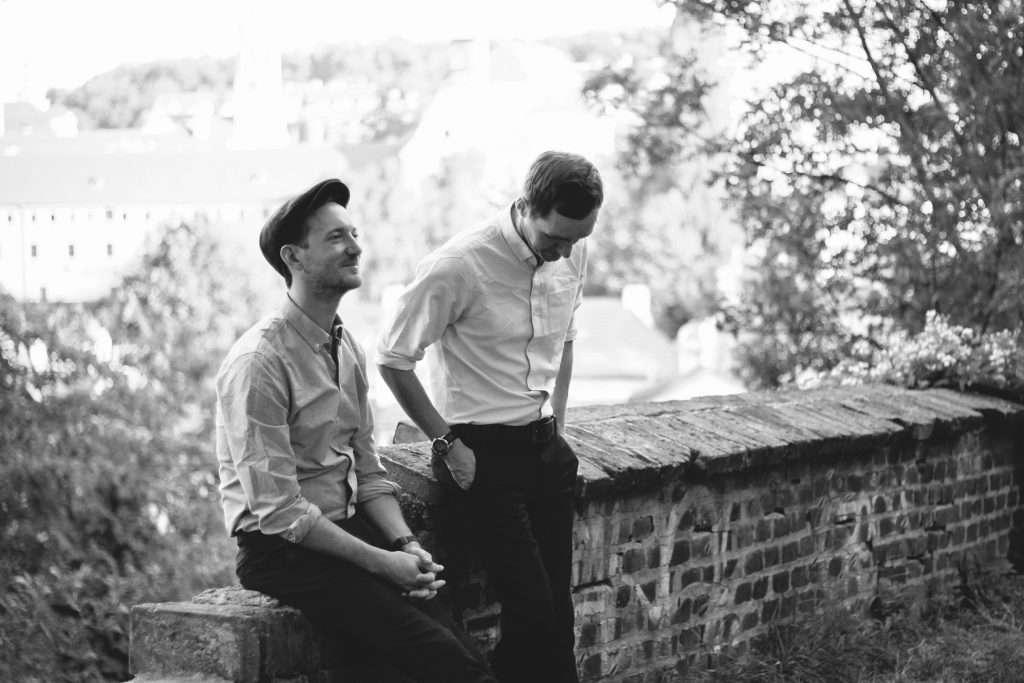 UK alt-folk duo Jacob & Drinkwater have been called “stand out new folk” by BBC6 Music and “inventive and thrilling” by R2 Magazine. Jacob’s sweeping vocals never fail to captivate, delivering many a spine-tingling moment; the fluidity and precision of his finger-picking underpinned by Drinkwater’s nimbly rhythmic double bass; at times sweetly soaring, haunting, percussive and driving, the layers of depth a perfect counterfoil. Featured numerous times on BBC Radio 2, BBC6 Music and lauded by their musical peers as one of the most accomplished acts touring the circuit today.

Singer-songwriter Tobias ben Jacob first received wider acclaim as part of The Roots Union with BBC Folk Award winners Phillip Henry & Hannah Martin (Edgelarks) including playing live for the BBC at Maida Vale Studios and recording in Nashville, Tennessee. He has toured extensively and had several releases including the 2017 album ‘A Polyphonic Life’ Tobias’ songs have been featured in the documentary film Beating The Bomb and in the feature film Tomorrow.

Lukas Drinkwater is rightly referred to as “one of busiest musicians in the UK.” In demand as a producer, performer and session player in the worlds of folk and jazz he has featured on many acclaimed albums. Recently he’s been touring with ‘AMA UK Artist of the Year’ Emily Barker, Albert Jones, Ange Hardy, and the Peoples String Foundation. He has also worked with Seth Lakeman, 3 Daft Monkeys, Jim Causley, Lack of Afro, Lucy Ward, Tankus The Henge, Sam Kelly, The Little Unsaid and many more.