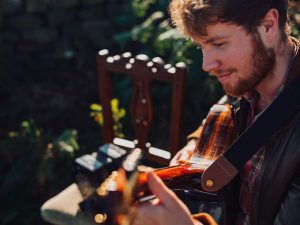 ’A truly captivating singer of traditional songs, Jack Rutter’s new record feels like one of the classic folk albums of the 70s’ – Jon Boden ‘A voice as rich and beautiful as his native Yorkshire’ – English Folk Expo

Jack grew up in the Holme Valley area of West Yorkshire, a place steeped in a wealth of traditional song and since graduating from Newcastle University with a BSc degree in Countryside Management in 2014, he’s gone on to forge a hugely successful career playing music professionally in various guises across Britain and Europe. In this new solo outing, the BBC award winning musician presents the traditional songs and narratives that are so important; all delivered with an easy going stage presence and rich unassuming Yorkshire charm.